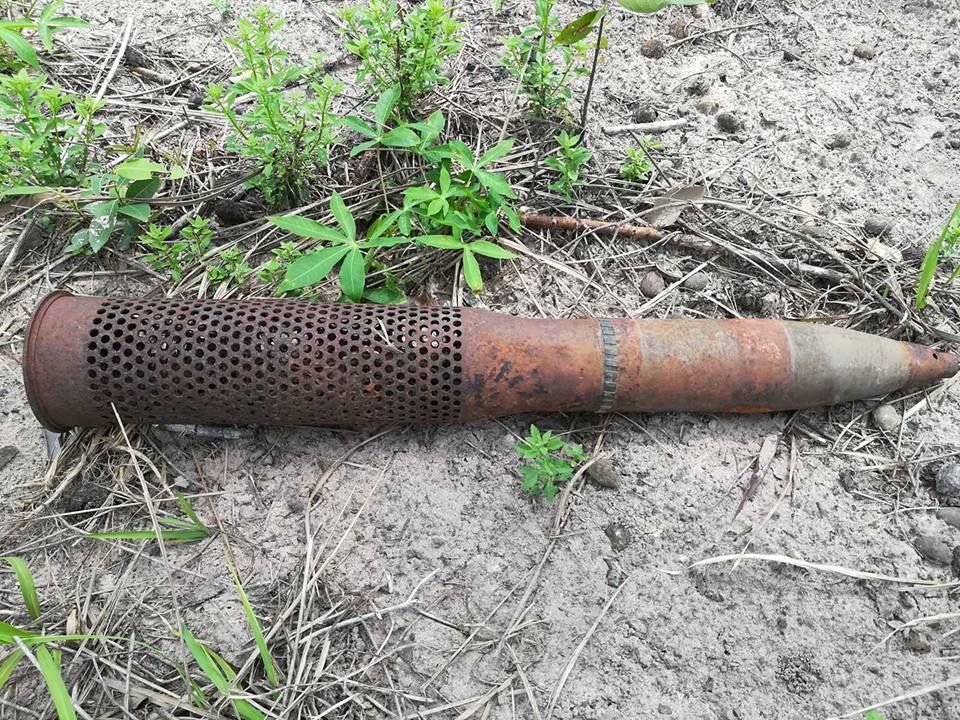 1. Demine Robotics To Begin Field Testing in Cambodia
Two years ago, the Foundation helped a small Waterloo-based tech startup, the Landmine Boys, with a grant of $5000. Founders Richard Yim and Christian Lee were trying to create a demining robot which would automate the tricky business of excavating and defusing anti-personnel landmines. Today, their rebranded company, Demine Robotics, has lined up its first potential international sale in Cambodia, and will be opening an office and conducting a live field test in the region in early May.

2. UN Ambassador Daniel Craig
Craig may have dropped out of the next Bond film, but that doesn’t mean he’s taking a break from his duties as United Nations Global Advocate for the Elimination of Mines and Explosive Hazards! Watch Craig’s 2018 message for International Mine Awareness Day.

3. Laurier Lends a Leg!
During the early 2000s, the ‘Lend Your Leg’ movement was the brainchild of the International Campaign to Ban Landmines (ICBL) and was spearheaded by former UN Secretary General Ban Ki Moon. Participants would roll up one of their pant legs to symbolize the harm caused by anti-personnel landmines.
On March 21, Wilfrid Laurier University students organized the 7th annual campus ‘Lend Your Leg’ Day with help from the Foundation and Laurier’s Global Studies department. CLMF President Alistair Edgar and Project Ploughshares researcher Branka Marijan spoke to the crowd about the importance of demining, and the recent drop-off in global funding.

4. Mineland
Photographer Rocco Rorandelli has spent the past two years photographing minefields and mine survivors in Bosnia and Herzegovina, Croatia, and Kosovo. His work is striking, and shows both the tedious yet dangerous drudgery of demining, as well as the human cost of landmine contamination. Rorandelli was recently featured in the New York Times.

5. 2018 Herb Epp Scholarship Awarded!
Each year, the Foundation sponsors the Herb Epp Scholarship at Wilfrid Laurier University, an award given in memory of a former Foundation president.  The 2018 recipient, Karen Van Staveren is a current MA student at the Balsillie School of International Affairs, a volunteer with Big Brothers Big Sisters and SkateABLE, and a co-founder of Waterloo’s chapter of Equal Voices.

From the Archives: Red Mercury
Red Mercury has been the ‘unobtanium’ of the arms trade black market for some time – allegedly a crucial component in a nuclear weapon and consequently an incredibly valuable substance even in trace amounts. In the 1970s and 1980s, rumours began to spread in the south African nations of Zambia, Zimbabwe, and Mozambique that red mercury could be obtained from landmines. Civilians began trying to extract this miraculous substance to sell on the black market, often with explosive results.

In 2015, the New York Times featured a fascinating narrative of Islamic State’s desperate search for Red Mercury, and the way the myth still holds deadly resonance in certain parts of the world.

The Defuser is the Canadian Landmine Foundation’s response to the difficulty of keeping up with mine-action issues in an increasingly dynamic world. Every month, we are going to send you the stories that we believe are important to mine action and/or our partners in Cambodia.