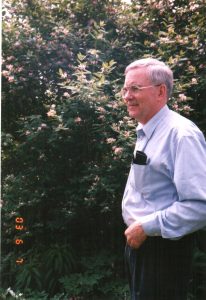 Gordon Dowsley has worked on international development in many countries around the world since 1993, including many plagued by land mines.  His field is financial sector development in countries transitioning from communism to free market systems and also in developing countries. He taught at Moscow State University while stationed there for two years.  He also was at the World Bank group in Washington for 3 years.  His projects have been funded by a variety of groups including the World Bank, UN, USAID, IMF, European Union and Asian Development Bank.  He had previously been Vice President, Financial Reinsurance at The Crown Life Insurance Company in Toronto.

Current activities include being treasurer of The Canadian Group of Liberal International, managing a coalition, he started and coordinates, taking books to remote native reserves in Canada; teaching a potpourri course on the history, geography and art of the world at the seniors’ centers in Oshawa and Whitby; and the Rotary Club of Oshawa.

He has been a Delegate from Canada to Liberal International conferences, a member of the Board of Trustees at Queen’s University, and a board member of the Canada Council for the Arts.  He was also Chief Registered Agent in Ontario under the Elections Expenses Act for the federal Liberal Party.

Gordon is a 2019 recipient from The Wharton School at the University of Pennsylvania of the Crandall Challenge Citation for national and international volunteer work.  He has been awarded a peace bowl from the government of Mongolia, Rotarian of the year in both the Moscow and Oshawa Rotary Clubs.  He was a member of the group that started National Carnation Day for the Multiple Sclerosis Society; an original member of the Japan Society; chair of the Friends of the Ontario College of Art & Design; instigator of a sculpture garden, and was also involved with the Fields Institute for Mathematical Science.

His wife Marilyn and he have three daughters and six grandchildren.