From the 1960s to the 1990s, Cambodia was in an almost constant state of war. Saturation bombing, civil war, and genocide scarred its landscapes and its people.

Some are in well-marked minefields. But the majority of casualties are now caused by isolated items—small groups of abandoned mines, rockets, shells and other munitions that become more unstable with time.

Eventually someone stumbles across them, often with deadly consequences. 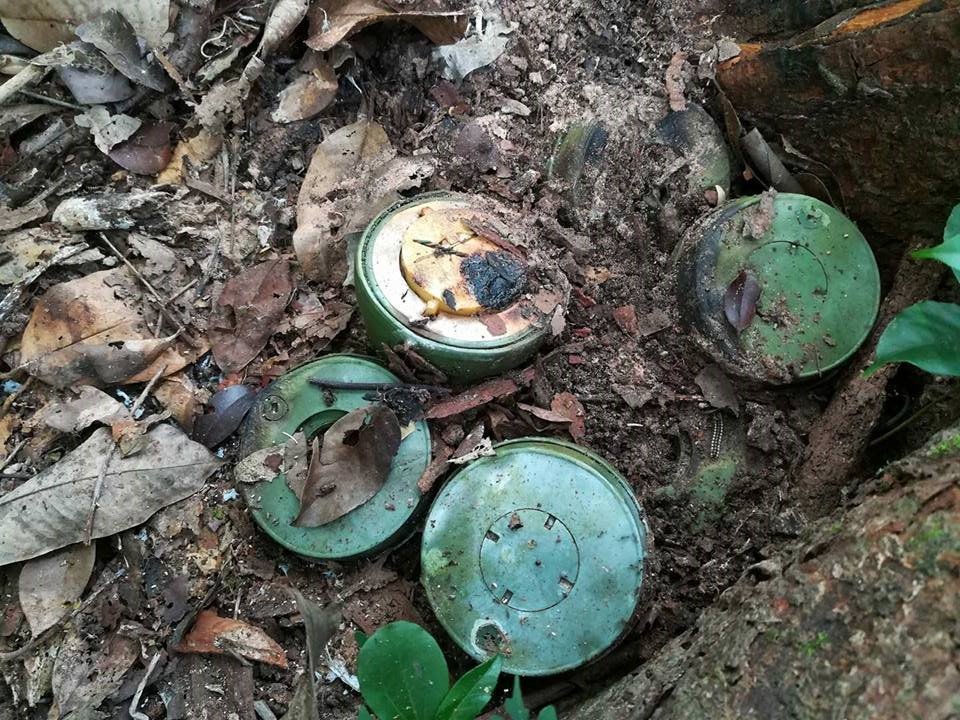 People who find these items need to know how to respond. They need the devices removed quickly and safely so they can get on with their lives.

The Canadian Landmine Foundation is proud to fund EOD Team 5.

Team 5 is like an emergency service for abandoned weapons. When someone finds a suspected landmine or explosive remnant of war, they travel to the site as soon as possible to assess the situation and safely dispose of any explosives they discover.

Thanks to CSHD EOD teams, locals are better informed about how to spot a potential weapon, and have someone to call if they do find one. Most importantly, they don’t have to ‘work around’ the weapon or try to move it themselves. 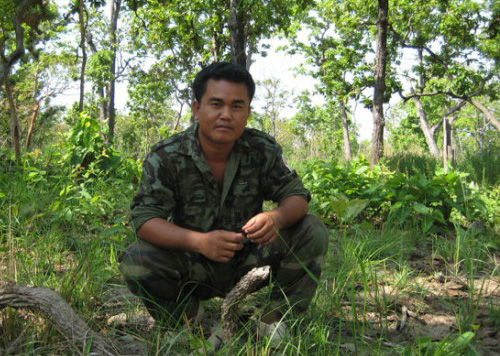 CSHD was founded in 2008 by an ex-child soldier named Aki Ra. He’s been demining since 1993 and has personally cleared more than 50,000 landmines.

There are five CSHD explosive ordnance disposal (EOD) teams. To date they have cleared 5.7 million square metres of land, benefiting over 5,000 Cambodian families.

See a map of minefields cleared by CSHD teams.

Since 1979, more than 65,000 Cambodians have been killed or injured by explosive remnants of war.

We simply don’t know how many were killed or injured before then.

.EOD Team 5 deminers spend 25 days in a particular area responding to call-outs. Call-outs are instances where someone has found an explosive remnant of war and reported it to authorities, who pass the information to Cambodian Self Help Demining.

Team 5 travels to the call-out site as soon as possible. If the explosives are stable, they are removed for controlled detonation off-site.

If the items are not safe to move, they are destroyed in place. 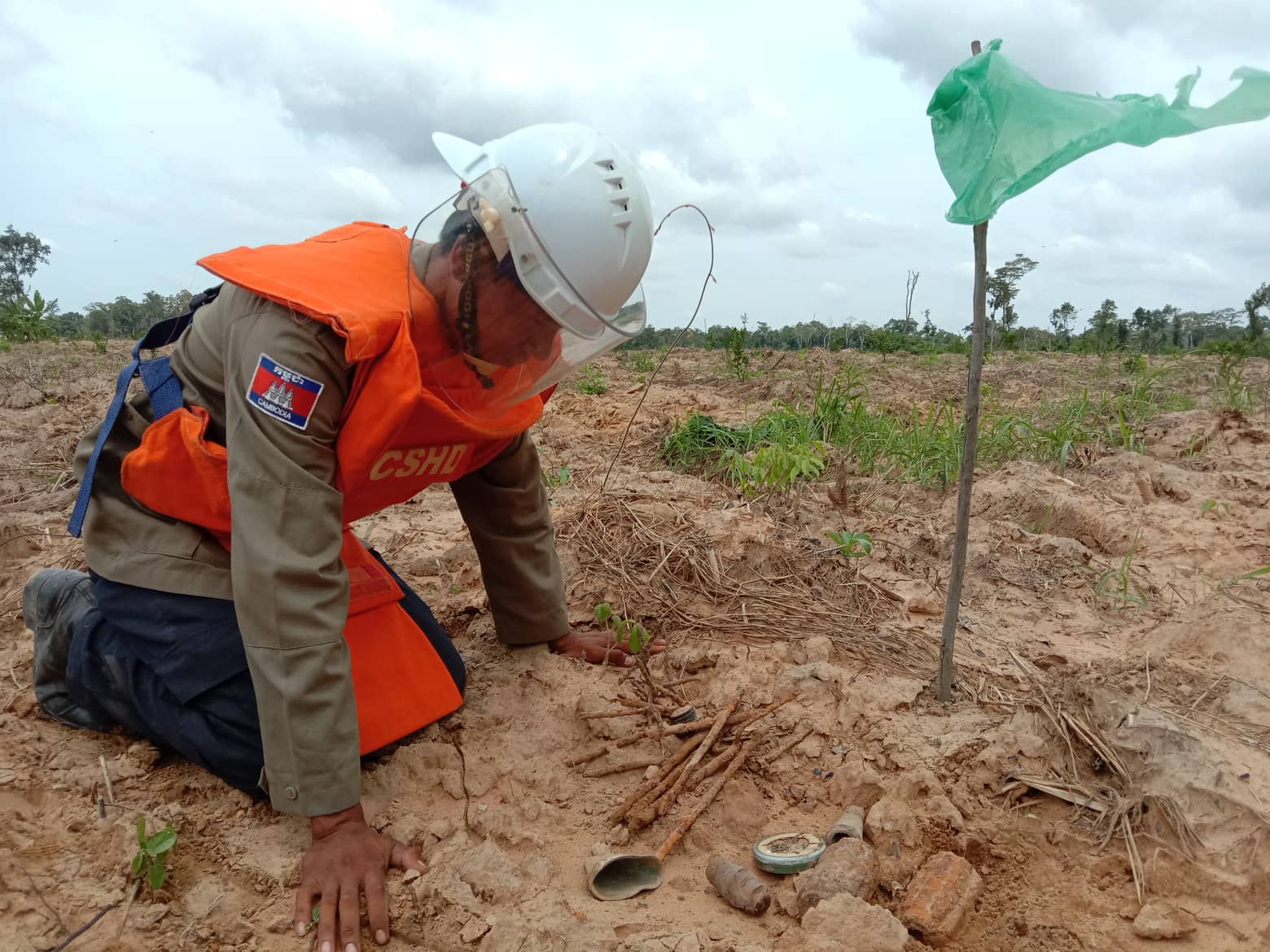 What types of explosives did they find? 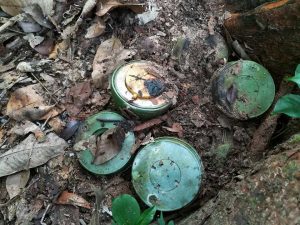 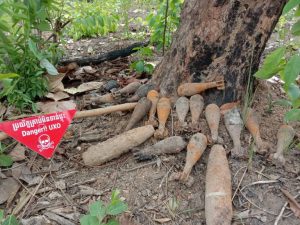 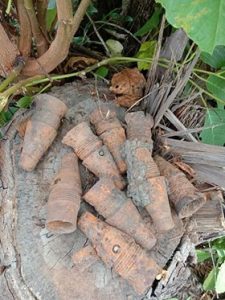 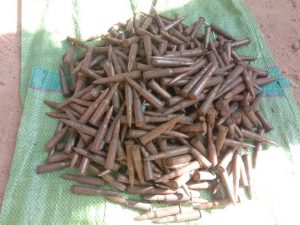 Who are the beneficiaries?

This gallery will be updated shortly; check back soon!

EOD Team 5’s other main task is holding mine-risk education sessions. Mine Risk Education teaches people about the dangers of landmines and other explosive remnants of war.

Team 5’s MRE sessions show people what to look for, what to do, and who to report it to if they find an explosive remnant of war.

They use everything from role playing to t-shirts, posters and books in their MRE sessions. 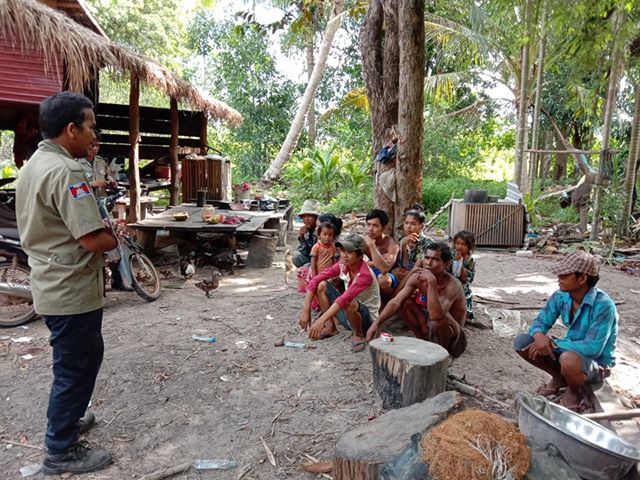 Where did the sessions take place? 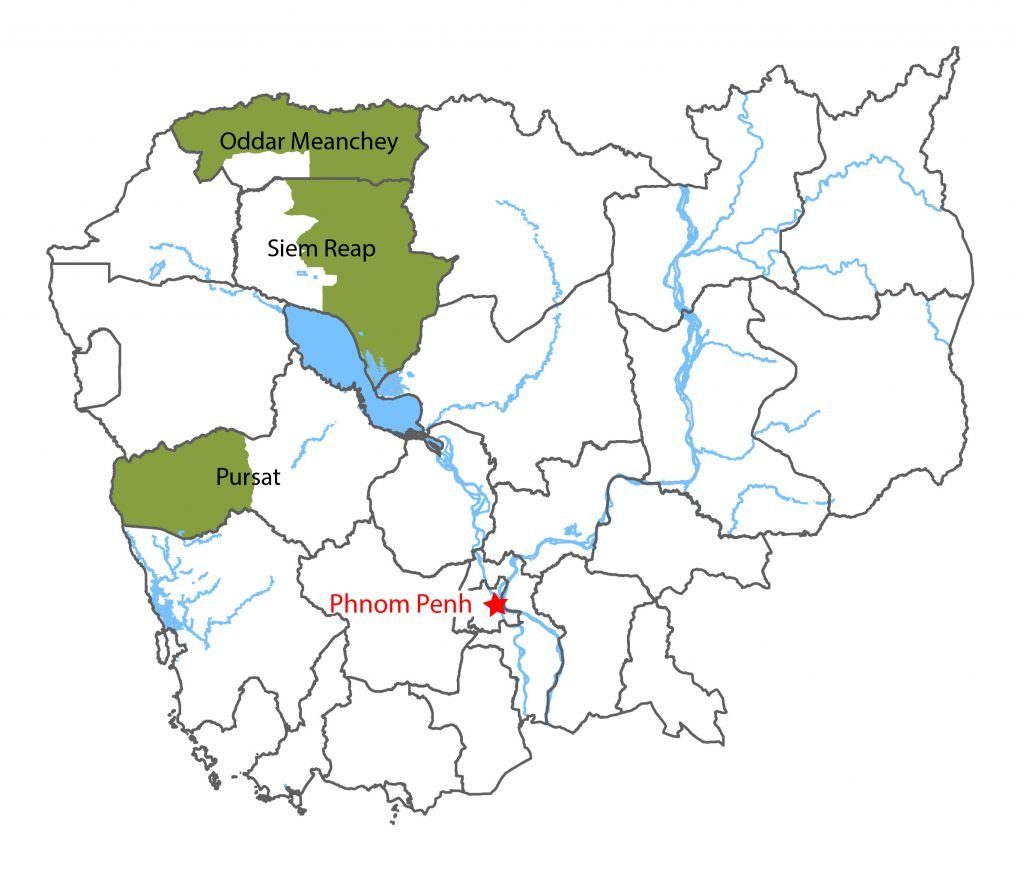 Who did they reach?

Thank you for your support.