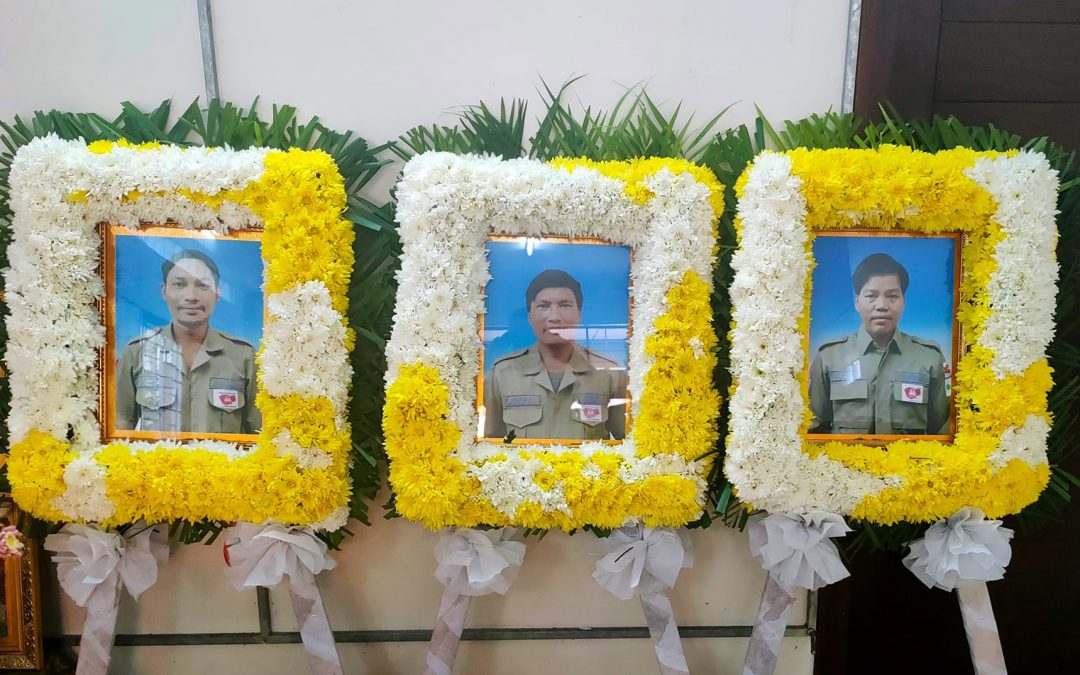 Three of the four members of Explosive Ordnance Disposal Team 3 were killed on Monday January 10th.

It has been a sad week.

On Monday, three deminers from our partners at Cambodian Self Help Demining (CSHD) were killed while working to neutralize an anti-tank mine in Sen Techeas, a village in the northern province of Preah Vihear. It is the organization’s first fatal accident in its 18-year history.

Team Leader Kong Wong and deminers Ma Simet and Morn Chok were killed instantly. Each leaves behind a wife and young children ranging in age from 4 months to 8 years.

A third deminer, En Poy, was wounded and is in hospital in Siem Reap. As a child, Poy lost part of his right arm and sight in one eye when he and his friends disturbed a piece of unexploded ordnance.

All of the CSHD deminers are highly skilled explosive ordnance disposal technicians, fully accredited by Cambodia’s national mine action body. CSHD founder Aki Ra told the Phnom Penh Post that “We had dug into the ground around it and we had prepared sandbags to cover it, but then it exploded before we were ready.” The explosion was so powerful that only two sets of remains were recovered. An investigation is being conducted.

A memorial service was held on January 11th, and was attended by representatives of the national government and all demining organizations in Cambodia.

The Canadian Landmine Foundation is a supporter and partner of CSHD and is raising money for the families of those lost as a result of this tragedy. Please consider giving to the Deminer Memorial Fund, which will be distributed evenly amongst the families. Any amount helps. The Canadian Landmine Foundation is waiving its administrative fees on all contributions to this effort.

Please make a donation today by filling out the form below.